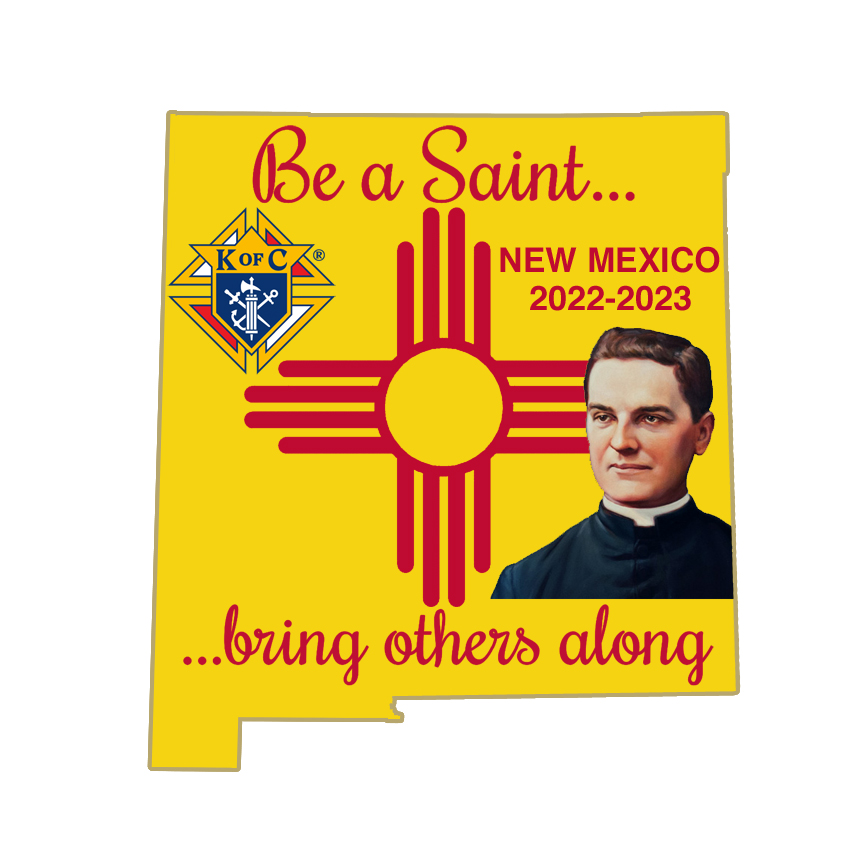 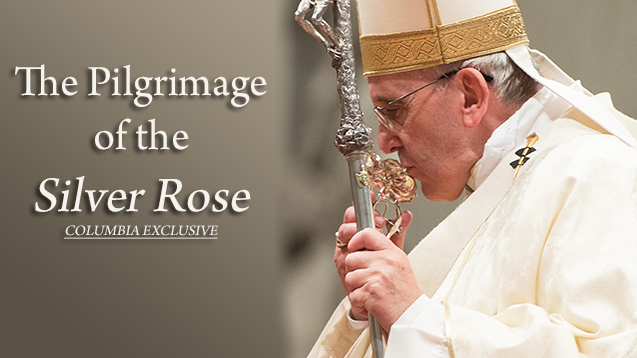 In recent years the program has expanded from three to six silver roses traveling the western, central, and eastern corridors of North America, with Knights of Columbus from Canada to Mexico carrying the roses from destination to destination, and finally to the Shrine of Our Lady of Guadalupe in Monterrey, Mexico.

Every stop along the route of the Silver Rose Pilgrimage is an occasion for prayer and spiritual renewal centered on the rosary. English, French and Spanish booklets containing recommended prayers, scripture readings and a litany

It will be the responsibilities of the receiving District Deputy to pick the Silver Rose up from the preceding District. The transfer should be coordinated for the end of the day of the last day that your district is scheduled for the Silver Rose. Districts 18 and 20 will need to coordinate with Arizona and Texas, respectively.

The 2017 Silver Rose Program schedule for New Mexico is: